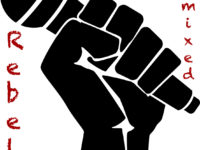 We’ve all got a little bit of rebel in us …
For the last show of the semester, we’ve combined stories from our live taping at UnionDocs (322 Union Avenue, Williamsburg, Brooklyn) last Friday with totally new stories. The theme is rebels. We’ll hear about rebelling through different stages of life, rejecting technology, personal rebel stories and rebellion in science. We’ll also talk to drag queen Vivika Westwood, hear a comedy set from Calvin Cato and hear the music of Renee Manning. Also, Dana Herz, our musical guest for today, will join us for a live set in the studio.
Producers: Nicole Rothwell and Manolo Morales
Host: Erin DeGregorio
Stories by: Erin DeGregorio, Lucy Huang, Stefan Anderson, Oscar Gonzalez, Nicole Rothwell and Manolo Morales​
Previous Guests: Comedian Calvin Cato; stage drag queen Vivika Westwood; Renee Manning (Facebook), bassist Trifon Dimitrov and guitarist Jerome Harris
Today’s Musical Guests: Dana Herz and Yoav Eshed (Live, on-air performance here)
_________________________________________________________________
FEATURES
“Rebelling” in This Heavily Screened, Tech-savvy World
By Stefan Anderson
If you look around you there is guaranteed to be someone using a form a technology. Whether it be a cell phone or a computer, technology rules the world. For most, but not everyone. Our reporter Stefan Anderson has more on someone who rebels against technology.
“Junk” DNA
By Lucy Huang

Even before scientists sequenced the human genome, they knew a large part of a person’s DNA wasn’t used for genes. Scientist in the 70s called the remaining DNA “junk DNA.” Today, scientists have been challenging this common belief that this genetic information has no use.