Maria Robins-Somerville is a native Brooklynite and her favorite topics to cover include criminal justice, education, disability and anything that teens on the internet like.

Listening to: Seek Treatment, School Colors, and The Cut on Tuesdays
Twitter: @maria_ro_so

Benjamin Powers is a writer and audio reporter. His work generally focuses on technology, including areas like privacy, big data and AI.  His work has appeared in Rolling Stone, the New Republic, the Wall Street Journal, and CityLab, among others. Before journalism he worked in non-profits. 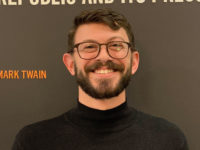 In addition to Audiofiles, you can hear Jacob Kaye on the QNS Podcast, a weekly show about Queens. His voice has been described as “sound,” and “somewhere between a whisper and a shout.”

Shira Feder is a digital, print and audio journalist. She’s written about science, health, food and travel. Her work has appeared in The Daily Beast, The Forward, Vox and Business Insider. Before journalism school, Shira foolishly studied English Literature. Now she lives in Brooklyn, with all the other freelance reporters.

Listening to: Season 4 of Revisionist History and old episodes of Love and Radio
Twitter: @shirafeder

Ethan is an audio and print journalist covering politics, how cities work and anything else that catches his interest. He’s been published in City & State magazine, City Limits, Patch.com and The Villager among other outlets. He fills his ears with the sweet sounds of podcasts whenever he rides commutes and folds laundry.

Listening to: The Slate Political Gabfest, The Daily, Heavyweight and Filmspotting
Twitter: @estarkmiller96

Natalia Keogan is a Queens-based journalist, film critic and documentary filmmaker. She currently freelances at Filmmaker Magazine and has had work published in Narratively. She is passionate about horror movies, feminism and her chubby son Henry the cat.

Listening to: Criminal (and has WNYC on in the background at all times)
Twitter: @nataliakeogan 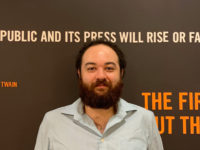 Chris Polansky is a reporter in New York. His stories have appeared in Gothamist, the Canarsie Courier, the Brooklyn Eagle, The Bridge, and on the NPR national newscast. In the summer of 2019, Chris was a general assignment reporting intern at Utah Public Radio in Logan, Utah. When he’s not out reporting a story, he’s probably exploring with his dog, Trout Fishing In America. 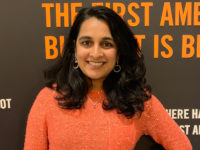 Before JSchool, Harsha spent three years living and working in Detroit, Michigan. Harsha is drawn to audio storytelling because it reminds her of how her ancestors must have passed down their oral histories. Her work has been featured in the Huffington Post, Brown Girl Magazine, and Catalyst Midland among others.